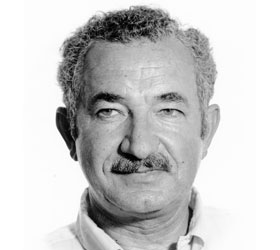 Earl Klein was born March 6, 1916, in Cleveland, Ohio. He studied at Cleveland School of Art, Chicago Art Institute, Meinzinger Academy of Detroit, and with Pruett Carter at the Chouinard Art Institute.

Earl Klein’s professional career started in 1936 with Jam Handy in Detroit, as an assistant animator. Two years later he went to Miami to join Max Fleisher’s Studio as a designer, working on “Gulliver’s Travels” feature film and “Pop-Eye” theatrical shorts. In 1941 he worked at Wright Field, Dayton, Ohio, supervising training films for the then U. S. Army Air Corps.

Earl Klein moved to California the following year and went to work for Warner Bros. as a designer on “Bugs Bunny” shorts and such Armed Forces’ training films as “Snafu.” From 1949 to 1953 he served as art director of Raphael G. Wolff Studios, resigning to become a freelance TV designer, working for such firms as United Productions of America, Academy Productions and John Sutherland Productions.

Earl Klein formed Animation Inc. on May 1, 1955, at what he felt was an opportune time to strike out on his own. An individualist in his conception of video spots, he first met with much resistance from agencies. He persisted — successfully so —  in the attitude that name identification will take care of itself if the spot draws enough attention for people to start talking about it.

Earl Klein’s commercials might be characterized as the combination of simplified graphic treatment with a good sound track, achieved either through the rhythm of a good music track or novel voice delivery. Jack Elliott, an independent musician who has scored more than 160 feature films, has done the majority of Mr. Klein’s music tracks and is credited with much of the commercials’ success.

One of the first agencies to go along was W. B. Doner & Co., Detroit, for whom the Speedway Petroleum spots were produced. Also, Mr. Klein is quick to recall that it was Henry Buccello, Bank of America advertising director, who persuaded that august institution to go ahead with his inventiveness.

The TV success of Walt Disney has led, in part, to an upsurge of interest in animation according to Mr. Klein. As all Mr. Klein asks of an agency — besides the contract -­ is copy, he is most pleased to note that more and more storyboards are allowed to originate with the producer.

Earl and Ann Marie Klein — she was a fellow animator with the Fleisher Studio — make their home in nearby Sherman Oaks with their three children, Jeffrey 10, Lane 7, and Andrew 4.

IN little more than a year on his own, Earl Klein has made a group of seemingly unorthodox animated TV film commercials pay off in both selling power and artistic recognition. Three of the ten New York Art Directors Club and six of the Detroit Art Directors Club award winning video commercials were produced by him as president of Storyboard Inc., Los Angeles.

As president of the newly formed Animation Inc., that city, Mr. Klein is continuing his policy that commercials should entertain as well as sell.